Get Connected With Tushar On Following Social Handles 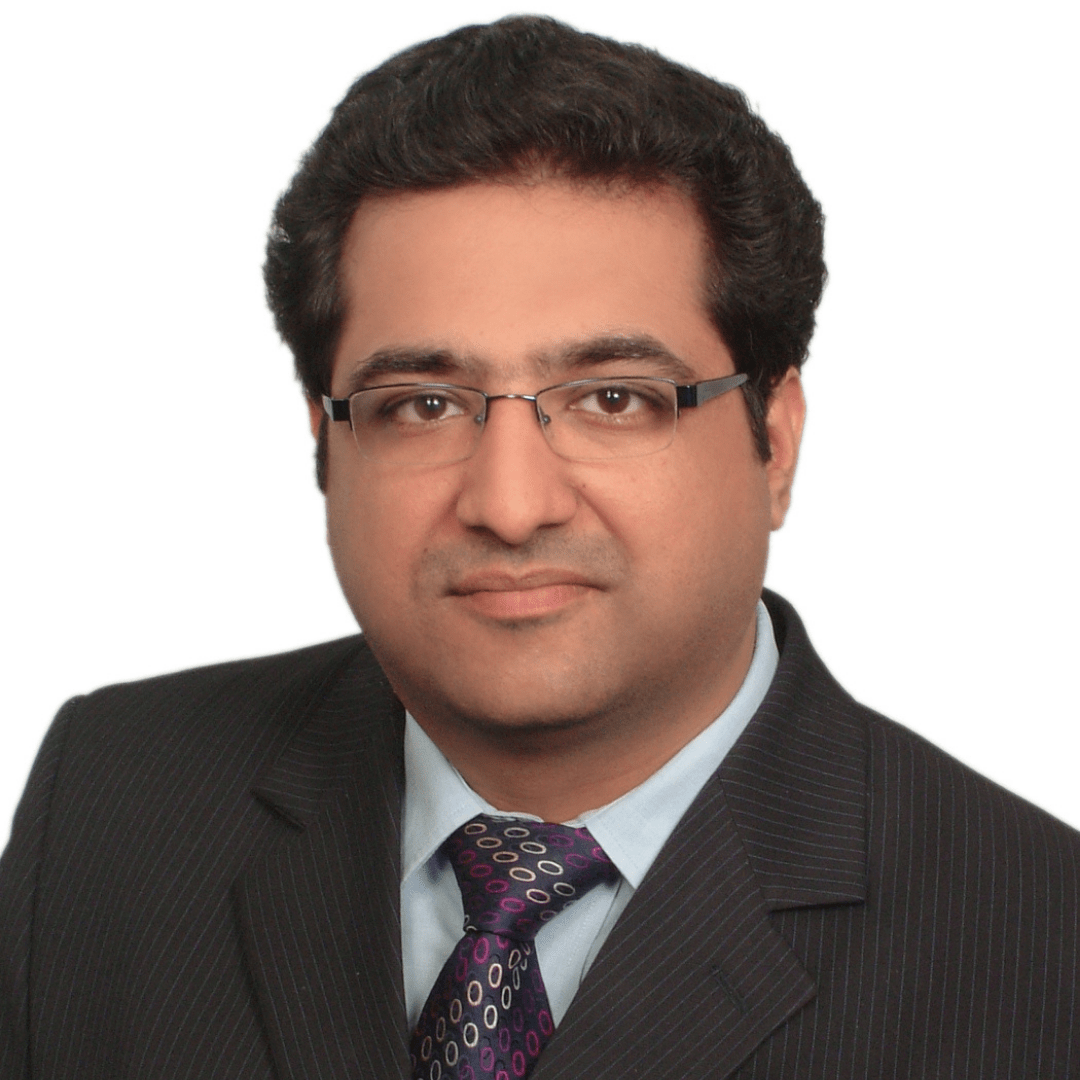 Tushar Kansal is the Founder & CEO of Kansaltancy Ventures. He is an accomplished finance professional, a “Thought Leader,” & “Thought Influencer” in the global startup ecosystem.

Over the years, he has supported startups and growth-stage companies in diverse sectors like EdTech, FinTech, SaaS, B2C, B2B, D2C, AgriTech, DeepTech, E-Commerce, and non-tech sectors.

At Kansaltancy Ventures, he aims to help change-makers accelerate their dreams by means of Venture Capital, Angel Investment, and Strategic Services, leveraging his connections of 1000+ Angel Investors and 650+ VC/PE Funds globally picking up global deals while being sector agnostic. The average ticket size of deals accomplished is USD 200K-50M.

He is also serving as a Venture Advisor in Loyal VC, an INSEAD-led Canadian VC Fund, having a core portfolio of over 200 investments in more than 46 countries.

Tushar has received many awards for his contribution to the global startup ecosystem. He recently received the award “Best Startup Supporter 2022” at “IndiaFirst Tech Startup Conclave 2022” organized by “All India Council for Robotics & Automation (AICRA)” from Dr. Kiran Bedi. He was also awarded “Entrepreneur of the Year 2022” by Business Connect magazine.

He has executed several Venture Capital deals at Deloitte and Brand Cap during his corporate career. At MTS, he raised USD 2.5 Billion in 3 years. At DLI, he reported to the founder Guggenheim, an USD 200 Billion PE Fund.

He is an alumnus of Harvard Business School (HBS), where he received Executive Education in Leadership. He is also a proud alumnus of the prestigious University of Delhi, where he received his MBA in Finance from the Department of Financial Studies (DFS, Erstwhile MFC). He did his B.Tech from The Technological Institute of Textile & Sciences, affiliated to the “Textile Institute Manchester, UK” and a part of the leading industrial and education house in India, “The Birla Group.”

Entrepreneur of the Year - 2022 by Business Connect Magazine

Tushar Kansal was awarded Entrepreneur of the Year 2022 award by Business Connect magazine. Kansaltancy Ventures was also featured in the magazine. 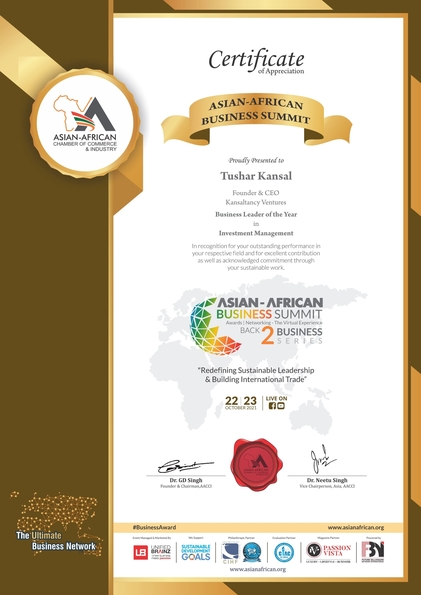 Business Leader of the Year in Investment Management

View
and many more REACH US FOR OUR SERVICES