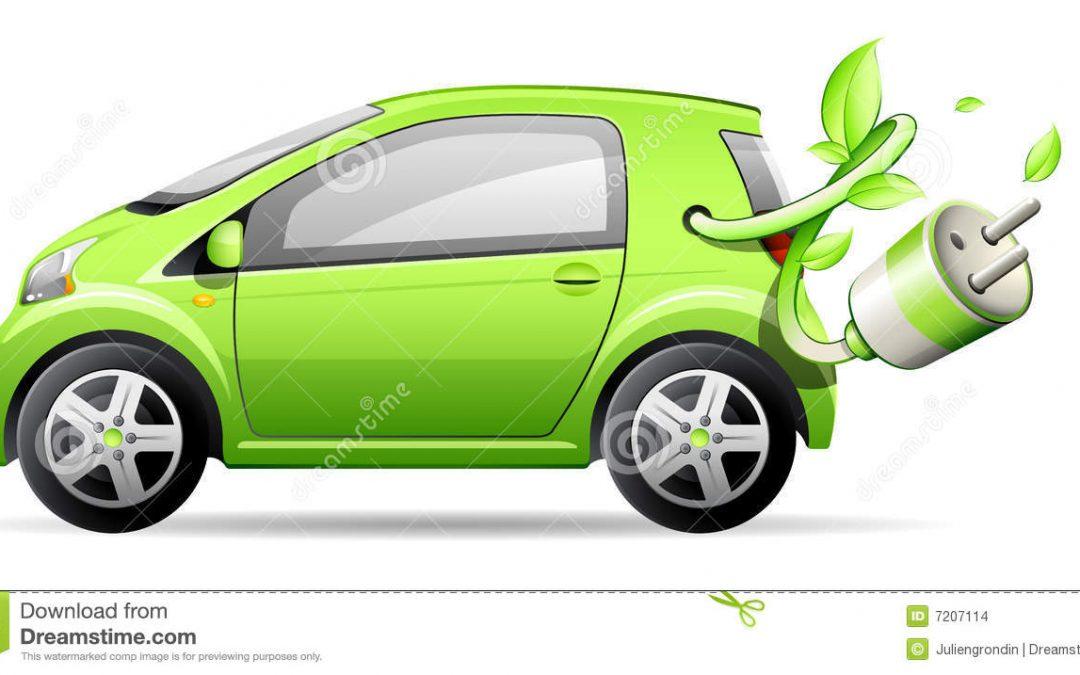 At a critical moment in the global effort to liberate Mother Earth from the grip of carbon emissions, or CO2, India should take the lead by converting to electric transportation to guarantee a greener and cleaner environment.

Fostering the natural growth of the electric car sector and improving public acceptability via government media programmes might lead to a major decrease in fossil-fuel-powered vehicle mobility.

We watched how the environment in India benefited as a consequence of fewer emissions from petrol and diesel-powered automobiles and industries during COVID-19.

Many people in India were able to see distant mountains that were previously hidden by smoke from fossil-fuelled vehicles.

With nearly 40 crore people in need of mobility solutions by 2030, India is the world’s fifth biggest automotive market, with the potential to become one of the top three in the near future. That is one aspect of the issue. On the other side, the nation needs a transportation revolution. The current pattern of pushing even more cars into already crowded cities with inadequate infrastructure and high levels of air pollution while utilising expensive imported petroleum is un sustainable. The cities of India will suffocate. A transportation revolution will include improved “walkability,” public transportation, trains, roads, and better automobiles.

India is one of just a few countries to support the global EV30@30 project, which seeks to sell at least 30% new electric vehicles by 2030. At the just finished COP26 in Glasgow, Prime Minister Narendra Modi advocated for five aspects for climate change, dubbed “Panchamrit. The Prime Minister called for a number of measures, including renewable energy meeting 50% of India’s energy consumption by 2030, reducing carbon emissions by 1 billion tonnes by 2030, and reaching net zero by 2070, in order for future generations to live in the prosperity and peace.

The Indian electric car sector, in particular, has witnessed a similar outpouring of venture capitalist support for battery producers.

The global climate agenda set under the Paris Agreement to cut carbon emissions in order to prevent global warming is driving the demand for EVs. It is also expected to help improve the nation’s overall energy security status, since the country imports over 80% of its crude oil needs, totaling almost $100 billion. The initiative is also anticipated to play a significant role in employment development in the local EV manufacturing sector. EVs are also projected to reinforce the grid and assist accept increased renewable energy penetration while ensuring secure and stable grid operation via a variety of grid support services.

The fast adoption of electric vehicles (EVs) is already defining the global electric mobility revolution. Two out of every hundred autos sold today are expected to be powered by electricity. Electric vehicle adoption is presently characterised by a rapid growth, with EV sales estimated to reach 2.1 million by 2020. By 2020, the global electric vehicle fleet will have grown to 8.0 million vehicles, accounting for 1% of global vehicle stock and 2.6 percent of global auto sales. Falling battery costs and increasing performance efficiency are driving global demand for electric cars. In 2022, the Electrical Vehicle battery startup funding well seems to be far from dry.

India’s overall battery usage is expected to reach 900-1100 GWh by 2020-30, but there are concerns that the country’s lack of a battery manufacturing base may force it to rely entirely on imports to fulfil expanding demand. India ordered more over $1 billion worth of lithium-ion cells in 2021, despite having a low penetration of electric vehicles and battery storage in the electricity industry, according to official estimates. While India has yet to seize the opportunity, global manufacturers are pouring money into battery production and rapidly upgrading gigafactories to terafactories.

With recent technology advancements, battery storage presents a significant opportunity to assist the country in achieving long-term development, particularly in light of government initiatives to promote e-mobility and renewable energy (450 GW energy capacity target by 2030). Consumer gadgets such as smartphones, UPS, laptops, power banks, and other things that need sophisticated chemical batteries have seen a surge in demand as per capita income has climbed. As a consequence, one of the most attractive economic opportunities of the twenty-first century is better battery manufacture.

Venture capitalists are interested in this generation of electric automobiles, as well as the next.

From the revamped Faster Adoption and Manufacturing of Electric Vehicles scheme (Rs 10,000 crore) for consumers to the production-linked incentive scheme for Advanced Chemistry Cell (Rs 18,100 crore) for suppliers to the recently launched PLI scheme for Auto and Automotive Components (Rs 25,938 crore) for manufacturers, the Indian government has taken a number of steps to develop and promote the country’s electric vehicle ecosystem.

As a result, all of the economy’s forward and backward integration mechanisms are likely to achieve substantial development in the next years, allowing India to leapfrog to cleaner electric and hydrogen fuel cell automobiles. This would not only save the country money, but it will also help India become a worldwide leader in EV production and better comply with the Paris Climate Change Agreement.

All three programmes are expected to attract a total investment of over Rs 1,00,000 crore, boosting local manufacturing and facilitating the establishment of a full domestic supply chain as well as foreign direct investment in the nation. The plan calls for a Rs 2 lakh crore decrease in oil import bills and a Rs 1.5 lakh crore import bill substitute.

India must now concentrate on the five “I’s”: incentives (policy push), innovation (technology), investment (finance and financing), infrastructure, and integration (market creation). The government has taken various steps to build a strong electric vehicle ecosystem. In 2013, the National Electric Mobility Mission Plan was announced. In 2019, the government approved the implementation of ‘Faster Adoption and Manufacturing of Electric Vehicles in India Phase II (FAME India Phase II)’ for the development of electric mobility. By giving a purchase incentive and establishing a charging infrastructure, it hopes to hasten the adoption of electric cars. At least one charging station is planned in a three-by-three-kilometer grid. However, metros, cities, and highways will eventually need more (one charging station at a distance of 25 km is recommended).

To build a reliable charging infrastructure, it is critical to have green sources for charging electric vehicles. Under existing energy laws, a minimum of 1 MW load at the point of consumption is required to be qualified for Open Access power. For a long-term charging infrastructure, lowering the Open Access requirement for receiving power from renewable sources like solar is a good idea. India has set a goal of constructing 500 GW of renewable energy capacity by 2030, with solar and wind accounting for the bulk of this. Through Open Access, the government could incentivize electricity supply.

Electrification is the key to the future of transportation. This information is even more significant. The venture capitalists are increasingly aware of this reality.

The Key to Success is Innovation

To make EVs efficient and cost-effective, the vehicle industry must include sophisticated technologies. The government should foster the development of innovative technology and inventions. Incentives should be extended to just those cars that are equipped with an upgraded battery. Technology innovation will be critical in fostering a greener future, but it will need significant investment. Large expenditures will aid in the adoption of a complete strategy that involves everything from R&D to green vehicle manufacturing, as well as strategic alliances and partnerships.

When it comes to electric vehicles, India must take advantage of the government’s ambitious “Make in India” agenda, and the industry should focus more on “Make for the World.” By 2020, the National Plan aims to sell 6-7 million hybrid and electric vehicles. According to statistics from the Union Transport Ministry, India registered roughly 870,000 electric vehicles in 2021, indicating that more work has to be done to boost the green mobility industry.

The elimination of the 5% Goods and Services Tax (GST) on automobiles and charging services would be beneficial to the industry. The claim that under the new GST system, the rates of GST on EVs have been maintained in the lower category, as opposed to the 28 percent GST rate with a 22 percent cess for conventional cars, is without merit. The EV ecosystem has to be GST-free for a greener future.

The sector’s financing should be a primary concern. The need of priority-sector designation for retail financing in the electric mobility ecosystem was also noted in an NITI Aayog research titled “Banking for Electric Vehicles in India. The inclusion of electric automobiles in the Reserve Bank of India’s priority-sector lending (PSL) programme might change the game.

Banks and non-banking financial institutions in India may have a market for electric cars worth between ‘40,000 crore ($5 billion) to ‘3.7 lakh crore ($50 billion) by 2025. However, electric vehicle retail finance need a boost. Starting with electric two- and three-wheelers would be sensible for both the industry and banking institutions.