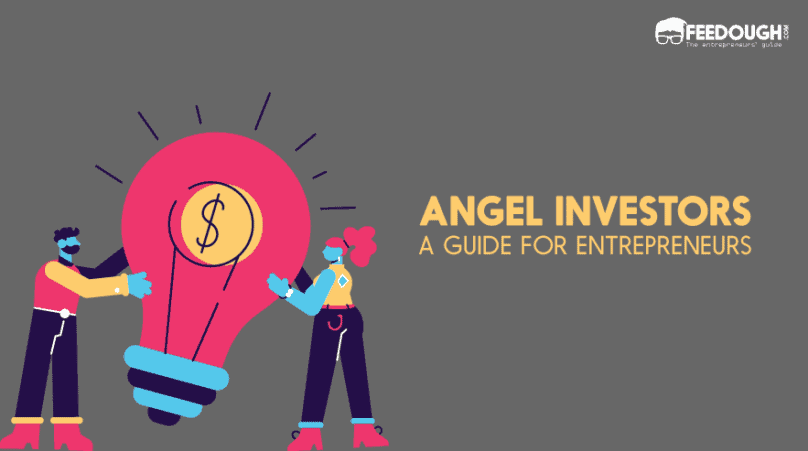 Angel investors were most likely sent from above, as their name implies. These extremely wealthy individuals provide capital to deserving but needy business start-ups in exchange for convertible debt or ownership equity. Many of them are now investing online via equity crowdfunding. Angel investors are banding together to form angel networks in order to pool their funds and offer advice to portfolio companies.

However, as the startups have evolved and ridden the tumultuous wave over the years, the ground zero for active angel investors has been dynamic.

The actual investment procedure is as follows:

• If there is mutual interest, the angel investor will interview the founders, review business investment documents, and assess the industry the company is targeting.

• Once an angel investor has reached an agreement verbally, a term sheet or contract is drawn up, outlining the investment terms, payouts or equity percentages, investor rights and protections, governance and control parameters, and the angel investor’s eventual exit strategy.

• Once the contract is finalised, a formal legal agreement is created and signed, the deal is officially closed, and the investment funds are released for use by the company.

While contribution amounts vary, funding can range from $5,000 to $150,000. Some angel investors form a syndicate and can provide up to $1 million in funding to select businesses.

Angel investors rarely own more than a quarter of a company. Angel investors who have been around for a while know that the company founders need to have the largest stake in their businesses because they have the greatest incentive to see them succeed.

The year 2021 was a watershed moment for Indian startups. Not only did many startups move from private to public markets this year, raising money via an initial public offering (IPO), but 42 Indian startups also joined the unicorn club.

Since 2014, the startup ecosystem has received more than $100 billion in funding, which will be reached in 2021. If we look at the year as a whole, over $42 billion was invested in startups, which is by far the most money raised by Indian startups in a single year.

While VC/PE firms’ investment is ideal when these startups meet certain criteria such as ARR, revenue, products sold, and so on, angel investors help the startup founders meet operational expenses during the early stages. Angel investors’ contribution to early-stage startups has become indisputable over time.

According to data, the startup funding included over 950 angel and individual investors. Despite the fact that many of them were only involved in a couple of deals.

Angel Investors Who Are Investing in Indian Startups the Most

Amit Lakhotia, a former vice president of Paytm, the now publicly traded payment company, invests in startups in addition to running his Park+ venture. Lakhotia launched his smart car parking company Park+ in 2019 after investing in fintech startup BharatPe and social commerce platform Trell as an angel investor. Sequoia Capital, Matrix, and others have already contributed to a $25 million Series B round. In 2021, Lakhotia invested in nine startups, including Fixcraft, GoKwik, and Junio.

Amrish Rau began his career as a sales manager for Siemens Nixdorf in 1996 and has steadily advanced to become a two-time entrepreneur. In 2013, he and Jitendra Gupta cofounded Mumbai-based digital payments startup Citrus Pay, which was later sold to PayU in 2016. In 2020, he became the CEO of Pine Labs.

Pine Labs, led by Rau, is preparing for an IPO and has recently received a $20 million investment from SBI. Last week, Rau and his former cofounder Jitendra Gupta announced the formation of White Venture Capital, a venture capital firm. In India and Southeast Asia, the venture firm will invest between $250K and $1 million in seed and Series A rounds of fintech startups.

Rau took part in nine startup funding deals in 2021, including Locus, Multiplier, and OneCode. Rau has invested in over 35 startups in total.

Anand Chandrasekaran, who cofounded the now NASDAQ-listed Aeroprise in 2001, has worked in a variety of capacities for over two decades. Chandrasekaran has also worked for Facebook and Future Group. He recently became a partner at General Catalyst.

In total, he has been involved in 130 transactions, with 70 percent of them involving Indian startups. Cloud management startup OpsLyft, retail aggregator SuperK, and B2B ecommerce platform Venwiz were among his recent investments in India.

In 2021, Anjali Bansal, the founder of Avaana Capital also an angel investor, invested in over five startups in her personal capacity.

Bansal, who sits on the boards of Tata Power, Bata, Kotak AMC, and Piramal Enterprises, has invested in unicorn startups like Delhivery, Urban Company, Darwinbox, Nykaa, and Lenskart, which are all set to go public. She invested in Clinikk, Mudrex, and Qapita, among other companies, last year.

Srivastava is the founder and CEO of Livspace, a recently minted unicorn. He began his career as a manager in the PepsiCo Management Leadership Program, and later joined Google as the global head of product marketing and growth.

He invested in about ten startups last year, including Nestasia, an Ayurveda doctor platform, and Plum, a health insurance startup.

Anupam Mittal, who is an angel Investor began his business career with the People Group, which owns Shaadi.com, Makaan.com, and Mauj Mobile. He has invested in over 50 startups over the years, including Ola, Druva, and Whatfix.

Last year, Mittal, who was one of the sharks on Shark Tank India, invested in 11 Indian startups. He was one of the investors in Express Stores’ seed round last year, alongside Venture Highway, Kunal Bahl, and Rohit Bansal, among others. Mittal’s other notable investments include Gobbly and GoKwik’s $15 million Series A round.

Binny Bansal, the cofounder of Flipkart, the most valuable Indian startup at $36 billion, has been actively investing in startups as an angel investor.

Walmart bought Flipkart in May of 2018. In November of that year, Bansal left the company. In December 2018, he and former eKart executives Saikiran Krishnamurthy and Neeraj Aggarwal founded xto10x, a SaaS consultancy firm.

He made 12 startup investments last year. PlanetSpark, Skill-Lync, and Rupifi, an edtech startup, are among his recent investments.

In 2021, Ramakant Sharma, the founder of the newly minted unicorn Livspace, was one of the most well-known angel investors. After quitting his job as VP of engineering at the fashion ecommerce portal Myntra in 2012, Sharma founded Zing Ecommerce, which operated VioletBag, an online portal for all cosmetics needs. Sharma later joined Singapore-based Jungle Ventures as an operating partner. Two years after joining the VC firm in 2013, he left.

Sharma’s portfolio includes crypto exchange platform CoinSwitch Kuber, now a unicorn, fintech unicorn slice, and virtual event manager Airmeet, among others. To date, he has made over 50 investments in startups.

Mamaearth’s D2C brand is cofounded by Varun Alagh. Alagh, who has worked for major FMCG companies such as Hindustan Unilever, Coca-Cola, and Diageo for nearly a decade, saw a need for a new-age cosmetics direct-to-consumer brand in the country. In 2021, he and his wife Ghazal Alagh cofounded Mamaearth, which became a unicorn. Despite the fact that Alagh’s professional life has always been linked to FMCG brands, his portfolio is not limited to direct-to-consumer (D2C) brands. In 2021, he will have invested in more than 40 startups, including Cuvette Tech, BeepKart, and Shiprocket, to name a few.

Vidit Aatrey, one of the country’s most active angel investors, is spearheading the country’s social commerce sector with his now-unicorn startup Meesho. Aatrey began his entrepreneurial journey with Pledge, a classified platform for the poor, and later spent a year in 2014 and 2015 working for InMobi, the country’s 1st unicorn. In 2015, he started Meesho.